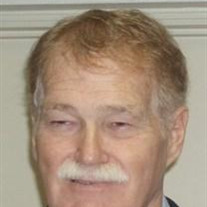 George Allen Manning passed away Sunday evening, May 13, 2012, at Methodist Hospital in Houston, Texas following a long battle with cardiovascular disease. He was born to George A. and Billy Ruth Hodge Manning on December 13, 1940 in DeRidder, Louisiana. After graduating from DeRidder High School in 1958, George attended Southwest Louisiana Institute at Lafayette and McNeese State College at Lake Charles. He lived and worked in Dallas, Texas from 1962 until 1972, when he returned to Louisiana. George worked many years offshore for Petro Log International as a mudlogger based out of Lafayette. George was a licensed private pilot and co-founded DeRidder Aircraft: a Cessna flight school and aircraft dealership. He worked for Boeing Co. in Lake Charles as a technical drafter and fabricator of unique aircraft interiors. In 2000, George began working for TRW, and later Cubic Defense Applications where he was a simulated-fire battlefield operations training "firemarker" at the Joint Readiness Training Center at Ft. Polk. George is survived by his wife of thirty-four years, Keitha Donnelly Manning of DeRidder; daughter, Tamara Manning Anderson and husband Bill of Houston, Texas; grandchildren, Lauren and Kaitlin Anderson of Houston; mother, Billy Ruth Hodge Manning of DeRidder; brother Robert Manning and wife Sheila of DeRidder; nephew, Courtney; and nieces, Brandy, Lacey, Whitney, and Kelsey. He is preceded in death by his father, George A. Manning. Visitation will be held on Wednesday, May 16, 2012 from 5:00 p.m. until 9:00 p.m. at Hixson Funeral Home of DeRidder, La. Services will be held on Thursday, May 17, 2012 at 2:00 p.m. at Hixson Funeral Home Chapel in DeRidder. Burial will follow at Beauregard Cemetery in DeRidder. The Manning and Anderson families are sincerely grateful for all the prayers, warm thoughts, delicious food, and constant support extended to us during this time.

George Allen Manning passed away Sunday evening, May 13, 2012, at Methodist Hospital in Houston, Texas following a long battle with cardiovascular disease. He was born to George A. and Billy Ruth Hodge Manning on December 13, 1940 in DeRidder,... View Obituary & Service Information

The family of George Allen Manning created this Life Tributes page to make it easy to share your memories.

Send flowers to the Manning family.