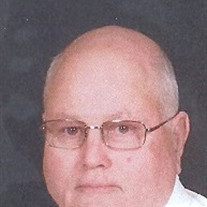 Funeral services for Herman Gordon Langford will be held at Pleasant Hill Baptist Church of DeRidder on Wednesday, November 18, 2020 at 10:00 A.M., with Bro. Danny Wilson officiating. Interment will be at the Pleasant Hill Cemetery following services under the direction of the DeRidder Funeral Home. Visitation will be held on Tuesday, November 17th, from 5:00 P.M. until 8:00 PM. at the church. Herman Gordon Langford was born January 28, 1947, in Shreveport, Louisiana. He was freed from the ravages of Alzheimer’s when the Lord called him home November 12, 2020. He was preceded in death by his parents, Herman and Melva Langford and brother Ronald Langford. He is survived by his wife of 49 years, Mary Hawn Langford, his son Heath Langford and wife Kara and two grandchildren, Rachel and Parker Langford, all of Allen Texas. He was a loving husband, father, and Poppa who will be missed each and every day. Gordon was a graduate of Northwestern State University, earning a BA in Social Studies Secondary Education. He obtained his M.ED in Administration and Supervision from McNeese State University and completed a Plus 30 from Northwestern State University. He began his teaching career in Jeff Davis Parish for half a semester, then taught a year at Southwood High School in Shreveport before moving to Beauregard Parish in 1971. He served as Social Studies teacher, Assistant Principal and Principal at Singer High School. After retirement, he returned to teaching at the Alternative School in Beauregard Parish. In addition to teaching, he also served on the board of the Beauregard School Employees Credit Union. He was an active member of Pleasant Hill Baptist Church, serving in several different capacities. His faith in Christ was an important part of his life, one that even the ravages of Alzheimer’s could not make him forget. He took his Bible with him to Memory Care and always kept it near. It was a blessing that in those dark days he could still remember how to pray with praise and thanksgiving. After leaving DeRidder in December of 2018, he attended First Baptist Church of Allen, where he was embraced by the friendly congregation. In lieu of flowers, the family requests that a donation be made to the Pleasant Hill Baptist Church Youth Ministry.

Funeral services for Herman Gordon Langford will be held at Pleasant Hill Baptist Church of DeRidder on Wednesday, November 18, 2020 at 10:00 A.M., with Bro. Danny Wilson officiating. Interment will be at the Pleasant Hill Cemetery following... View Obituary & Service Information

The family of Herman Gordon Langford created this Life Tributes page to make it easy to share your memories.

Funeral services for Herman Gordon Langford will be held at Pleasant...

Send flowers to the Langford family.