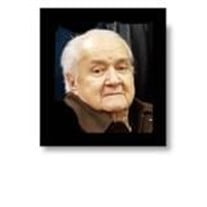 Mr. James Brewer, 81, of DeRidder, LA passed from this life on Friday, January 20, 2017. Mr. Brewer was born on July 25, 1935 in DeRidder, LA to James Oliver Brewer and Florence Adeline Everett Brewer. Mr. Brewer retired after thirty years with civil service as Chief of Housing. He also served in the Army National Guard. Mr. Brewer lived in California and Germany but has lived in DeRidder for 60 plus years and was a member of Diamond Baptist Church. Mr. Brewer was a deacon for many years as well as a choir member. He was a musician and played the piano and saxophone. Mr. Brewer, who loved growing tomatoes, also loved to golf and was a member of the DeRidder Country club. He will be greatly missed by all who were blessed to know him. Mr. Brewer was preceded in death by his father James Oliver Brewer and mother Florence Adeline Everett Brewer; one sister, Betty Spence. Those left to cherish his memory are his loving wife, Peggy Ann Brewer; two sons, Alan Brewer and wife, Iona, and Paul Brewer and wife, Sarah; two daughters, Jama Brewer Carpio, and Kris Brewer Weber and husband, Lester; one sister, Carolyn Stephenson; nine grandchildren, Toni Villanueva, Shannon Villanueva, James Weber, Megan Brewer, Gavin Brewer, Kirstin Brewer, Jasmine Brewer, Christopher Brewer, Samson Brewer; three great – grandchildren, Justice Hollie, Preston Hollie, John Brewer; two nephews, Russ and Brad Stephenson; one niece, Carol Strickland. Visitation will be Monday, January 23, 2017 from 5PM until 7PM at Hixson Funeral Home, DeRidder, LA. Services will be Tuesday, January 24, 2017 at 10AM in the chapel of Hixson Funeral Home, DeRidder, LA, with Brother Charlie Williams officiating. Burial will follow in Lewis Cemetery. In lieu of flowers donations may be made in the honor of Mr. James Brewer to LCAP, the or Diamond Baptist Church. Words of comfort may be shared with the family by visiting our online register at www.hixsonfuneral.com

The family of James Brewer created this Life Tributes page to make it easy to share your memories.

Send flowers to the Brewer family.