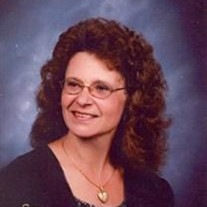 Funeral services for Linda Fontenot will be held at 12:30 PM, Wednesday, June 12, 2013, in DeRidder, LA at St. Joseph's Catholic Church. Interment will take place on the grounds of Consolata Cemetery in Lake Charles, LA. The family will be receiving guests for visitation at Hixson Funeral Home, DeRidder, LA, Monday, June 10, 2013, from the hours of 6:00 PM to 10:00 PM. Visitation will resume Tuesday, June 11, 2013; from the hours of 5:00 PM until 10:00 PM with Rosary will be recited in the Hixson Chapel at 6:00 P.M. Born in Oak Park, Illinois she was the daughter of the late Cdr. (Ret) Jerry and Phyllis Novak. After many travels with her family and husband, she became a member of the DeQuincy community from 1970 to 2006. Prior to moving there she was active in the Naval Wives' Club at N.A.S. Whiting Field, Fla. and Quonset Point, Rhode Island, where she served as news-writer for the squadron and base papers as well as a Sunday school teacher. In DeQuincy, Linda was a past member of the DeQuincy Civic Club and Federated Service League, serving as Past President, secretary and reporter. She was G.F.W.C. District Home Life Chairman for the Louisiana Federation of Women's Clubs and was a charter member of the DeQuincy Kiwanis Club. She served on committees for both the DeQuincy Diamond Jubilee and Centennial Celebration. She went on to serve as secretary of the Acadiana Trail Association for five years. At First Baptist Church she served as Sunday school director, Sunday school teacher for three age divisions, Bible School teacher, Girls' mission instructor and an active member of the Youth committee. Previously at East Heights Baptist Church, she was a Mission Friends instructor, Bible School teacher and co-chairman of the Christmas committee. In her later years, she joined the Catholic Faith at Our Lady of LaSalette Catholic Church in DeQuincy. Mrs. Fontenot also served as a Blue Bird leader, Day Camp Leader at Camp Wi-Ta-Venton, coached girls' softball and was secretary for the DeQuincy High School Band Boosters. Professionally, she was a news editor for both the DeQuincy News and Cameron Parish Pilot. Linda also enjoyed several years as the Activity Director at Holly Hill House in Sulphur, and then worked as secretary in the DeQuincy nursing home, while assisting with activity care plans for skilled patients at DeQuincy Memorial Hospital. From 1989 through 2006 she became the Mayor's and City Planner's secretary. Her creative writing efforts aided the city with grants and honors. She particularly enjoyed projects working with Veterans' affairs. In DeRidder, she was a member of St. Joseph's Catholic Church, where she enjoyed working with the youth in teaching Catechism classes, teaching summer Bible school, singing in the choir and preparing collection deposits. She was also an active member of the Catholic Daughters Court of St. Barbara, where she served as secretary and later as Regent. She was preceded by her parents. She is survived by her husband, Darryl; three children: Mrs. Keith (Lisa Fisher) Browning II of Kountze, TX, Mrs. Terry (Laura Fisher) Wages of Brandon, Miss. and Wesley P. (W.P.) Fisher III and wife Jessie of Sulphur; three stepchildren: David Fontenot of Jackson, LA, Brian Fontenot of Cocoa Beach, Fla. and Denise Fontenot of Natchitoches; eight grandchildren: D.J. and Minami Jones, Cameron and Bryson Jones, Kaytlin and Marc Garrison, Marshall Browning, Siera Wages Hailey and Kennedy Fisher, one great grandchild; Allison Kei Jones, her adopted sister, Mrs. C.G. (Dianne) Fults and her family, her brother; David Novak of Park City Utah. The family has requested memorials be made in honor of Linda to the .

Funeral services for Linda Fontenot will be held at 12:30 PM, Wednesday, June 12, 2013, in DeRidder, LA at St. Joseph's Catholic Church. Interment will take place on the grounds of Consolata Cemetery in Lake Charles, LA. The family will be... View Obituary & Service Information

The family of Linda Novak Fontenot created this Life Tributes page to make it easy to share your memories.

Funeral services for Linda Fontenot will be held at 12:30 PM,...

Send flowers to the Fontenot family.